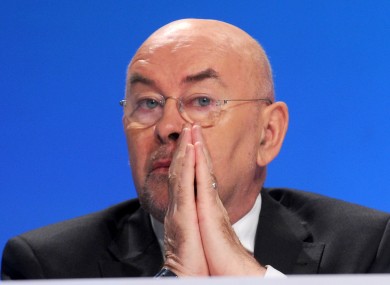 Last month Ruairí Quinn visited WIT to let the people of the south-east know that the Technological University will not happen before 2018. In political speak, this means it will never happen as long as Quinn is minister- by 2018 Quinn will be long gone from education and by then it will be someone else's job to string us along. If this was not bad enough, he piled on an insult to the 48,000 WIT alumni by suggesting that WIT is below university standard saying "You cannot celebrate your 21st birthday until you are 21 and, for ITs, you have got to reach the standard."

Well the Minister has forgotten whilst in opposition, when he affirmed that Waterford was ready for university status and berated the then Government for their delay in dealing with WIT’s university application. Quinn is no expert, but Dr. Jim Port is. He was the OECD expert that the Department of Education engaged to respond to WIT’s section 9 application (the formal request to become a university). Inconveniently for the Department, Port could hardly have been clearer in saying that Waterford Institute of Technology has "an academic maturity and an activity profile" similar to universities in Ireland and other Western countries. He further determined that the Institute "fulfils many of the broader roles of a university, especially in terms of support to regional, economic and cultural development and knowledge transfer".

WIT is forty-five years old; it has provided degree education for over 29 years and PhDs for more than 20 years. WIT has proved that it can create a university experience on IoT resources and has clearly asked for fair access to university level resources. University level resources, at WIT's current scale would mean an increase of around 25%-50%; this is based on a comparison with the smaller universities in the state. In fact WIT is bigger than every Irish university was in 1990 save for UCD, and is twice the size of UL and DCU when they were made universities in 1989. Beyond scale, WIT also has demonstrated university type quality- WIT is very successful at winning large research grants in competitive national and EU competitions, and its academics have demonstrated that they can publish in top journals.


Ruairí Quinn, like Batt O’Keeffe before him is clearly stalling using inaction, process and mistruths to make sure that the South East does not get a university (or anything close) on his watch. Déjà vu. Hopefully like Batt before him, he will be dispatched along with his party colleagues in the region, Ann Phelan, Alan Kelly, Ciara Conway and Brendan Howlin, at the next election.